Tidbits are just small little things that I run across. Today, Day #11 of Social Distancing is supposed to also bring us other restrictions and be called something new. In addition to everything else, the State Parks are closing today.

This site: Subpar Parks, reminds me of an old NPR broadcast of CarTalk where an 11 or 12 year old wrote in and complained that the show was horrible 🙂 I will have to find that and re-listen to it, the letter was priceless, for now, realize that a lot of what you see in life depends on your perspective and enjoy the humor in Subpar Parks.

Arrived Lost Lake yesterday PM, no boats available, while sitting watching everyone I realized that this summer is NOT last summer, and my Subaru has flat bars which fit my Yakima boat mounts and my Kayak.  The same Kayak I left sitting in the garage.

The image demonstrates a working prototype of a concept on camping inside the Subaru. I was working on the idea of how much clearance I would get if I wanted to leave room for a 7″ box, featured in picture and create a level or near level platform.

First, I bumped the rear hatch light and as I use my bicycle to commute everywhere during the week, I ran the battery down.

Second, I realized that with only one person I could drop the sleeping platform to the floor, shim it for level, make it 26″ wide and then use the remaining 16″ for storage on the other side of the car.

I am hoping to create 1.0 in the next three weeks, use to camp over Spring Break at least once or twice and then adjust as necessary for the summer.

Three new bridges are supposed to be opening in 2017 and I can’t wait.  Find more information at the Forest Park Conservancy web site here. 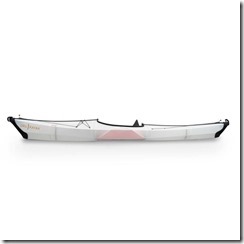 The original Oru Kayak, launched on Kickstarter and now in retailers around the world; it’s even the permanent collection of the San Francisco Museum of Modern Art. We’ve thoroughly updated the design for 2017, making it even easier to assemble, more comfortable to use, and more graceful than ever. It’s stable enough for beginners, while the length and contouring make it fast and sporty for expert kayakers. There’s plenty of room to stash gear for day trips and short camping excursions. Best of all, transforming it from box to boat takes just a few minutes.